The Commonwealth Bank has loaned at least $7.2 billion to the dirty coal, oil and gas sectors since supposedly committing in 2015 to help limit global warming in line with the Paris Agreement. This is nearly four times its lending to renewables.

Worse still, since 2015 CommBank has loaned to new fossil fuel projects that, over their lifetimes, would enable another 2.9 billion tonnes of CO2 to be released into the atmosphere. That’s enough to cancel out the gains made by Australia’s emission reductions target nearly three times over. New fossil fuel projects pose the greatest danger for the Paris climate targets.

Public pressure on CommBank is however finally starting to work. In August 2019 it became the first of Australia’s big four banks to formally announce a Paris-aligned 2030 exit date for exposure to thermal coal. Any new fossil fuel projects seeking finance must also show compliance with the Paris goals, another first among our major banks. Read our analysis.

In late 2015, Commonwealth Bank publicly committed to taking action to support the international aim of keeping global warming to “well below” 2°C above pre-industrial levels. But as our 2018 scorecard (right) showed, CommBank’s activity has been completely inconsistent with that commitment.

The Paris Agreement warming limit gives the world a very strict carbon budget to work within – 80% of known fossil fuel reserves must stay underground if we’re to have a fighting chance of not busting this target.

After years as a climate laggard, CommBank’s new Environmental and Social Framework released in August 2019 puts it ahead of Australia’s other big four banks. It is the first to formally announce a Paris-aligned 2030 exit date for exposure to thermal coal – spelling a stark warning to industry and policymakers that coal has no place in the country’s future.

Furthermore, the policy states that new fossil fuel projects seeking finance from CommBank must also show compliance with the Paris goals – another first among our major banks. Read our analysis.

Learn more about the role of financial institutions in holding global warming to 1.5 degrees 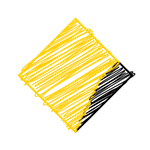 How is CommBank expanding fossil fuels?

Despite its commitment to the Paris climate goals, CommBank continues to back companies and projects that expand the fossil fuel industry.

How NOT to help hold #globalwarming to below 2 degrees. More #fossilfuels, brought to you by @ANZ_AU, @CommBank, @NAB and @Westpac, will wipe out Australia's greenhouse gas reduction target five times over. Learn more & take action: https://t.co/4YqCo5bVFg #climatechange pic.twitter.com/rax7HGwVig 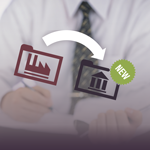 Learn how the banks are using your money to expand fossil fuels.