Join the campaign to stop Adani’s destructive Carmichael coal mine.

Adani’s Carmichael coal project is trashing First Nations land rights, draining critical water resources, risking our already distressed Great Barrier Reef and fueling runaway global warming that threatens all our lives and livelihoods. It must be stopped and the coal left in the ground.

To continue to operate the Carmichael mine, rail line and port, Adani Group will need ongoing insurance and financing. With your help, we can make sure that the companies that provide these services understand that supporting Adani would be a reputation-destroying move. With enough pressure, we can convince Adani to walk away from its disastrous Carmichael coal project for good.

ABOUT THE CARMICHAEL COAL PROJECT

Carmichael will help open up the untapped Galilee Basin to more climate-wrecking mega-mines. Unless it is stopped it could set off a carbon bomb of global significance, fueling the climate crisis right when the need to phase out fossil fuels has never been more urgent.

The Traditional Owners of the land where Adani’s Carmichael mine is being developed, the Wangan and Jagalingou, have not given their Free, Prior and Informed Consent to the project, and continue to resist it.

THE WINS SO FAR

Adani’s Carmichael coal project is hugely controversial. Thanks to a relentless community campaign, Carmichael has already:

However, Adani Group remains committed to Carmichael and the conglomerate still has support from some laggard banks, insurers and investors.

We need your help to keep up the pressure on Adani. Take action now by sending an email to the creditors and bankers of NQXT to demand they cut ties with Adani’s Australian coal port, or scroll down to learn more about our work and how you can get involved. These are the companies that have either worked on or financed the Adani Carmichael project (mine, rail and/or port) in some way, or have refused to rule it out. Investors and financiers need to know that their support for any part of the Adani Group risks supporting Carmichael coal. We unpack some of the complex web of Adani entities directly linked to Carmichael and name some of their bankers and investors. Find out who is exposed and take action: All major projects require several types of insurance to be able to operate, which usually needs to be renewed every 12-24 months. Find out which insurance companies are open to covering Adani Carmichael and how to stop them: Over 100 major companies have so far publicly ruled out being involved in the climate-wrecking Adani Carmichael coal project! Find out who they are:

21 December 2021 Adani Ports and Special Economic Zone (Adani Ports) has once again had its greenwashing attempts thwarted due to its links to the Carmichael thermal coal mine and other fossil fuel projects, this time by being removed from the Business Ambition for...

26 November 2021 Finance research and ratings company MSCI wrote to its clients on Tuesday informing them that Adani Ports and Special Economic Zone (Adani Ports, also referred to as APSEZ) is about to be kicked off four MSCI climate indices, after its links to the... 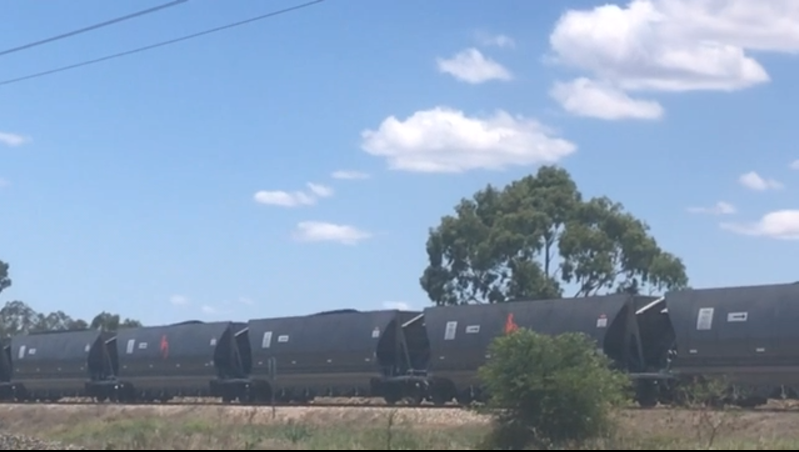 16 November 2021 A train carrying coal from Adani’s Carmichael mine is headed to Abbot Point/NQXT port so it can be exported to India and used to pollute people’s lungs a quarter of the way around the world while fueling the climate crisis. We know because it was... 8 November 2021 After being outed as part of a potential new funding deal for the Adani Carmichael coal project last month, Bank of New York Mellon (BNY Mellon) has done a full 180-degree turn and announced it will not sign any new contracts with Adani in Australia...