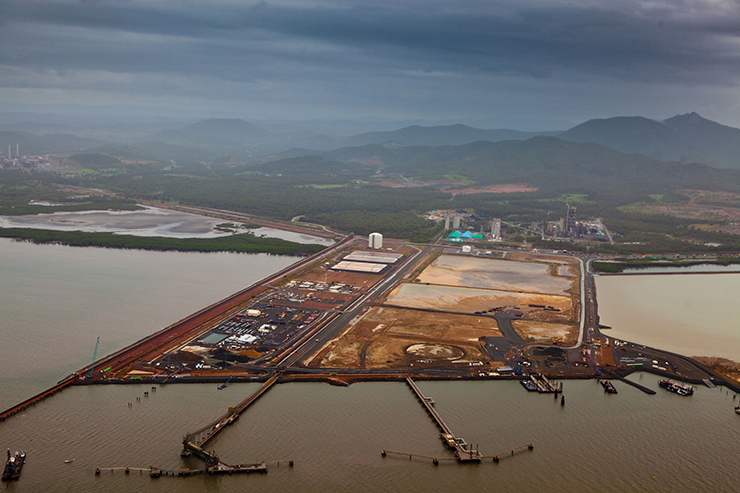 Scientists have been clear that meeting the Paris Agreement’s climate goals means no expansion of the polluting gas industry.[1] Yet one of Australia’s largest and most polluting gas export projects, Australia Pacific LNG (APLNG), is seeking approval to drill up to 7,700 new gas wells across central and south-west Queensland.[2]

Over its lifetime, APLNG’s polluting gas expansion would enable the release of 223 million tonnes of CO2, equivalent to 41% of Australia’s total greenhouse gas emissions in 2019.[3] These are emissions our climate simply cannot afford.

In February 2019, a consortium of 25 banks loaned a whopping US$2.75 billion for APLNG to use over the next 7 years. Of this, ANZ, NAB and Westpac loaned a combined US$370 million.

Many of these banks have promised to support the Paris Agreement, yet have continued funding projects and companies expanding the fossil fuel industry such as APLNG’s operator Origin Energy.

The creation of new gas fields on the doorstep of some of Queensland’s most beautiful natural parks would threaten local wildlife, including six already endangered ecological communities.

If approved, the up to 7,700 new gas wells would each require 1.5 hectares of clearing, plus pipelines, processing plants, and other infrastructure. Communities already suffering from years of drought would be forced to contend with a corporate giant for water access and a landscape cleared for gas wells.

Take a moment to tell the banks enough is enough—no more funding expansion of the gas industry!

Tell banks that agreed to fund APLNG: 1.5°C means no expansion of the polluting gas industry

A group of gas companies is pursuing a polluting expansion project that would enable another 223 million tonnes of CO2 from up to 7700 new gas wells.@NAB loaned US$100m to the group in Feb 2019 and plans to update its gas policy later this year. Act now: https://t.co/9DTVI6a9Gv pic.twitter.com/rlmlTHK3bI

Regarding emissions generated by combustion of the gas produced by the project, Market Forces estimated these as follows:

According to ‘Origin Energy Gas Supply Security Project, MNES Assessment Report (Part 1)’ (p.3): “Based on current appraisal data, production from 2P reserves and 2C resources for the Project is expected to be 453.6 PJ and 591.7 PJ respectively.”

Australian Government figures show the country’s total greenhouse gas emissions for the calendar year 2019 were 532.5 Mt CO2-e. The 223 Mt CO2-e that would be enabled by APLNG’s gas expansion represents 41% of this.