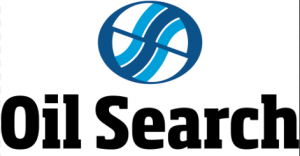 11 May 2018
At the Oil Search annual general meeting today chairman Richard Lee assured shareholders that Oil Search’s assets were safe under 2 degrees of global warming. Speaking about the company’s 2017 Climate Change Resilience Report he explained ‘the analysis concluded the PNG assets, the proposed expansion in PNG and the oil development in the Alaskan North Slope all have long term resilience and are expected to generate positive returns to shareholders under a number of decarbonisation scenarios including a 2 degree centigrade pathway. Importantly this also means they are unlikely to become stranded in a carbon constrained world.’

Listen to the audio here:


What Mr Lee failed to mention was that Oil Search’s  2017 Climate Change Resilience Report clearly shows that the company’s assets are impacted and eroded under a 2 degree and 1.5 degree scenario respectively. The report also lists an array of financial costs that the company has to bear in response to climate related risks that it is susceptible to.

Last year Oil Search spent US$400 million on oil blocks in Alaska, accounting for 500 million barrels of oil. Under the Greenpeace 1.5 degree scenario the project has ’significant negative impact and the project does not pay back investment’.

Take action:  tell your superfund you don’t want to be invested in companies like Oil Search. A company that – according to its own scenario – has stranded assets in a 1.5 degree world.