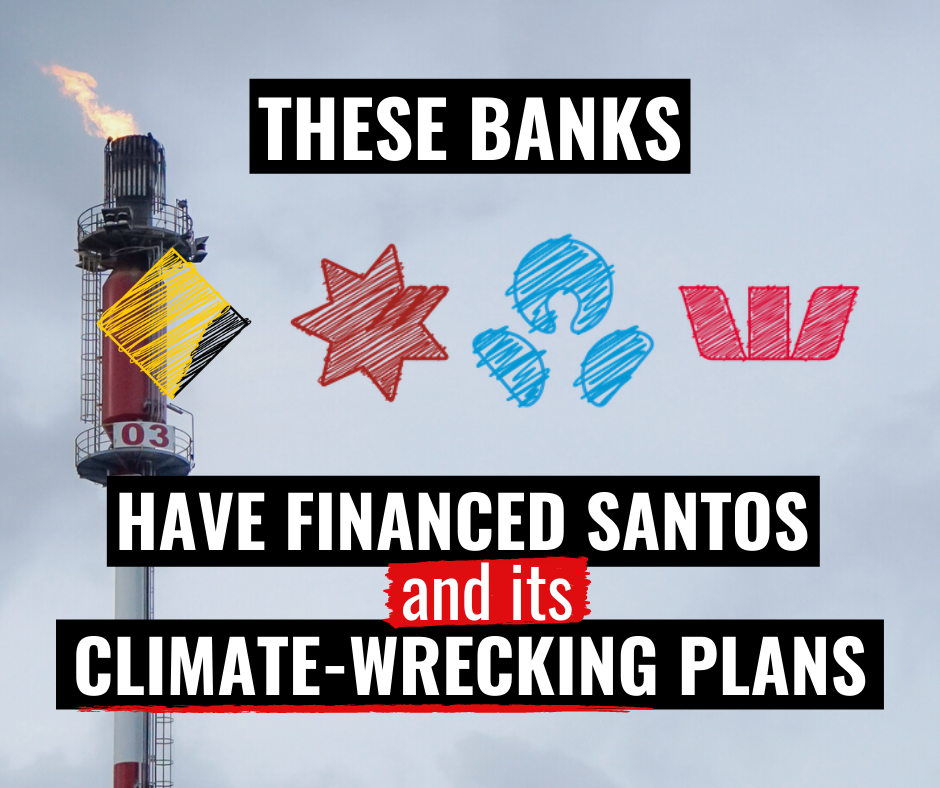 Australia’s second biggest oil and gas producer, Santos, has today announced a final investment decision on the new Pikka Phase 1 oil project in Alaska. The decision comes despite the International Energy Agency’s warning that no new oil fields should be developed beyond those approved as of last year if we are to have a fighting chance of limiting global warming to 1.5°C.

Santos claims Pikka is “a net-zero project”, but that claim actually excludes the vast majority of the emissions related to the project. Santos’ net-zero claim only refers to the emissions associated with the production process (Scope 1 and 2), not the massive amount of emissions generated when the oil is burned (Scope 3). And even then the claim only covers Santos’ 51% share of those Scope 1 and 2 emissions.

Pikka is expected to produce almost 400 million barrels of oil in total, which we estimate would release 224 million tonnes of carbon dioxide equivalent (MtCO2-e) when Scope 3 emissions are included.*

Scope 3 accounted for 87% of Santos’ FY2021 emissions (including Oil Search), suggesting around 190 MtCO2-e of Pikka’s total emissions would be Scope 3, which is conveniently excluded from Santos’ “net-zero project” claim. 190 MtCO2-e is roughly equivalent to the annual emissions of Australia’s entire electricity sector.

Market Forces recently reported Santos to corporate regulator ASIC for potentially misleading statements made at its annual general meeting, claiming the company’s oil and gas expansion plans were consistent with the International Energy Agency’s Net Zero by 2050 scenario. Our concerns about Santos’ AGM statements are in addition to allegations currently being prosecuted in the Federal Court that the company has misled the market about its net zero pathway.

Pikka is one of many new projects being pursued by Santos that are incompatible with the climate goals of the Paris Agreement. In fact the company plans to increase oil and gas production by at least 17% this decade, despite climate science telling us production must fall by around 30% over that period.

The company is currently developing the Barossa gas field off the NT coast, despite a legal challenge by Tiwi Traditional Owners alleging Santos failed to properly consult with them about the project’s potential risks to their marine environment, dreaming story tracks and animals.

Santos plans to drill 850 gas wells throughout the Pilliga Forest and surrounding farmland near Narrabri, NSW. The company is still desperately pursuing this toxic project, despite years of opposition from local Gomeroi Traditional Owners and farmers, as well as former Chief Scientist Penny Sackett, who has confirmed the project is inconsistent with the Paris Agreement and a net zero by 2050 pathway.

What’s worse, Santos is doing all of this climate wrecking oil and gas expansion with the backing of all four big Australian banks and almost every super fund in the country.

Right now, Commonwealth Bank and ANZ are arranging a US$1 billion refinancing deal for Santos. NAB and Westpac also contributed to the original loan that’s being refinanced. We need to raise our voices right now to ensure the banks do not lend another cent to Santos.

When it comes to our super, ethical funds like Australian Ethical and Future Super have excluded the likes of Santos for years. And we’ve also just seen the first industry super fund, NGS Super, completely divest from Santos and other similar oil and gas producers.

However, apart from NGS, all of Australia’s 40 largest super funds by assets under management invest in Santos.

At Santos’ 2022 AGM, 15% of the company’s shareholders supported a Market Forces-led shareholder resolution demanding Santos drop its rampant oil and gas expansion plans and instead manage down production in line with a net zero emissions by 2050 pathway. At the same meeting, 37% of shareholders voted against the company’s own climate change plan, the highest vote recorded against any ‘say on climate’ resolution in the world at the time.

Investors, including our super funds, must recognise their years of engagement with Santos has failed to bring the company into line with global climate goals, as shown by today’s Pikka announcement. The time has well and truly come for investors to publicly withdraw capital from the company over its climate failure.